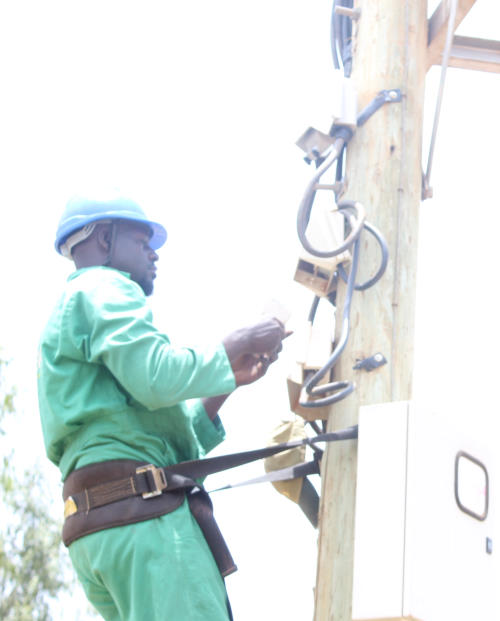 The absence of a reliable and affordable power supply had been a key obstacle to the socio-economic development of the West Nile region. The World Bank-funded Energy for Rural Transformation (ERT) programme identified the region as a special concession area, with the primary objective of providing sustainable power in Arua and Nebbi districts. This resulted in the West Nile Electrification project being tendered out to a private-sector player under a Public-Private Partnership (PPP) in 2002.

WENRECo was formed in 2003 by the Industrial Promotion Services (IPS), a programme of the Aga Khan Fund for Economic Development (AKFED).

The West Nile Electrification project was tendered out to a private – sector player under a Public Private Partnership in 2002. In 2003, IPS formed WENRECo to fulfill the Government’s  request for international assistance in the construction of a vertically integrated isolated grid on a Build Own Operate (BOO) basis.

The company won a 25-year license from the Electricity Regulatory Authority (ERA) for the generation, distribution and sale of electricity in the Nile Region. The initial catchment area covered Arua and Nebbi districts, but this has since been expanded to all districts in the West Nile Region.

In 2004 WENRECo installed a 1.5 MW HFO plant replacing the old generators, and within one year the supply of electricity increased from an average of 4 to an average of 18 hours per day. Two years later in 2007 the company embarked on the construction of the 3.5MW Nyagak 1 hydropower project which was completed and commissioned in September 2012 by the President of Uganda H.E. Yoweri Museveni.

WENRECo became the first isolated grid under a public private partnership in sub-Saharan Africa and the first energy in Africa to certify carbon emission reductions under the Clean Development Mechanism (CDM).

WENRECo is a leading company that supplies affordable and reliable electricity to improve the quality of life for the local communities in the Western Nile Region, Uganda.

To significantly contribute to the development, industrialization, and growth of the West Nile region.

To generate, distribute, and sell reliable and affordable electricity in the West Nile region.